Blog’s name is Ride on movie.

I write spoilers and impressions.

日本語版のネタバレ・感想記事はコチラ↓(The Japanese article is below.)。

When I saw a “tulip fever” the other day, I saw a preview of “Under the Silverlake” …

Andrew Garfield who played Amazing Spider-Man was in the preview !

TulipFever
The real bubble that happened in the Netherlands in the 1600s has become a movie! The tragedy is repeated over time. Introduce the movie contents.

A beautiful woman in a bathing suit …

I could not imagine what kind of movie it was, and I came to the movie theater without thinking.

I write posts of my impressions / reviews including spoilers!

WebMaster
The earth is being targeted!

Friend
What did you say abruptly?

Friend
Conspiracy theory is that the nation and the mass communication do event manipulation so that the public does not touch the truth?

WebMaster
Oh yeah. The theme of this movie is exactly the conspiracy.

Silverlake is the town in Los Angeles, California.

Sam (Andrew Garfield) is the one who lives in that town. 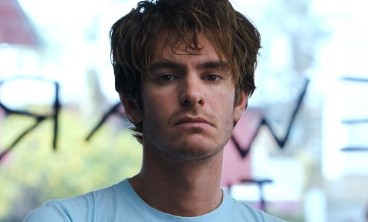 Sam lived with the money given from her parents. The visitor was only Sam’s lover.

That way, he knew that Sarah lives in the neighborhood.

Sam talked about Sarah’s dog and succeeded in approaching Sarah.

Sam who made a kiss with Sarah and promised to meet tomorrow.

The Love that changes his life started … ー Sam thought. 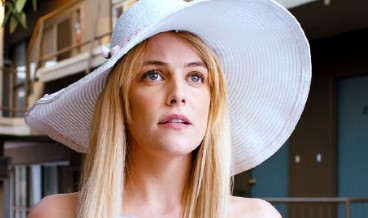 The next day, what Sam saw … It was Sarah ‘s house where the inside of the room became empty.

What was left in the room … only “sign drawn on the wall” and “dolls and Sarah’s picture within box” only.

Sam decided to follow Sarah’s trace based on the remaining clues.

WebMaster
This movie is not only for ladies but also many sexy scenes from Andrew Garfield.

Friend
I want to hear about the sexy scenes of ladies.

Friend
Listen to me..

WebMaster
And No. 1 of the recommendation scene!

WebMaster
The scene that Andrew drives in his car with “dick” drawn! !

WebMaster
Children has painted “dick” picture on Andrew ‘s car! However, Andrew drives the car without erasing the picture!

WebMaster
The picture below is a Garfield that drives a car. What a sexy look.

Is this town dominated by cryptography?

In addition to the missing of the beautiful woman, there was another incident around Sam.

It was that many dogs of the inhabitants were killed.

Sam coincidentally finds one doujinshi at a bookstore. Doujinshi was written about the topic “dog killer”. 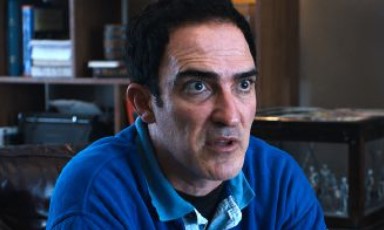 Patrick heard a story from Sam. Patrick replied that the sign left in Sarah’s room means “Keep quiet.” That cipher seems to be used by hippies.

A hippie (sometimes spelled hippy) is a member of the counterculture of the 1960s, originally a youth movement that began in the United States during the mid-1960s and spread to other countries around the world. 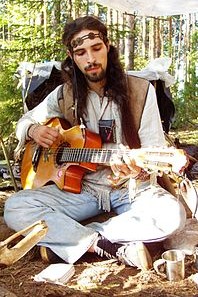 Patrick told Sam that “the world is full of cryptography”.

It is said that “cryptography” is being transmitted where public people do not notice, such as famous songs and urban legends.

Patrick told hotly that something is going on in the world, including the incident that Sarah disappeared.

While chasing traces, he glimpse the world of “wealthy people” many times.

Who are “wealthy people” who continue to transmit “encryption”?

How does connection with Sarah’s disappearance?

What is their purpose?

Sam is frightened by terror, but Sam never stops chasing the truth.

WebMaster
It is a bit of a fear that cryptography is overflowing in everyday life, and some people exchanging ciphers

Friend
If a person who should not know the existence of encryption approaches the truth, someone will try to delete that existence.

WebMaster
That’s right. And the mystery will further deepen

The content of the TV program was to report the accidental death of a local celebrity who disappeared.

Sam was convinced that the straw hat reflected in the press is of Sarah. Not only the celebrity but also three females turned out to be killed in accident.

Sam knew about Sarah’s death, but he did not stop chasing the truth.

Sam decided to meet the local celebrity daughter Millicent to get some hints. 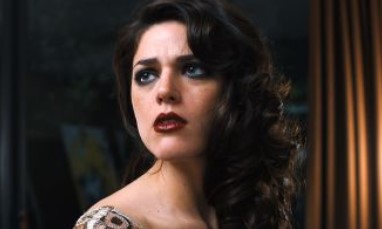 Sam speaks to Millicent about the incident.

Because Millicent was also the target.

Millicent says that even now, Millicent is being chased.

To escape the pursuers, Sarah and Sam swim in the lake and talk.

In the lake, Millicent hands a bracelet which is a memento of her father to Sam.

It seems that pursuers are aiming for a bracelet.

Sam received a bracelet safely, but was sniperized by a pursuer.

In the rain of bullets, Millicent who was shotted unexpectedly died in the lake.

And like Millennent, writer Patrick died a mysterious death at home.

Friend
I thought it was a rumor story, but was it a real story?

WebMaster
Yes. Until now I did not understand the purpose of pursuers, but the pursuer turned out that I wanted Sam not to reach the truth.

WebMaster
In addition, this movie has beautiful images, especially the scenes where blue and red are reflected.

WebMaster
The scene where Millicent’s death in the lake is very frightening. However, the scene where blue (water) becomes red (blood) was very impressive.

Friend
It seems to praise the image beauty, but it sounds as if it has a dangerous idea.

WebMaster
I only have a faint memory about “H4 ⇒ G3” …sorry..

※I will talk about why some of the ciphers are appropriate. . I’m sorry.

Sam wanted to reveal the truth of Sarah’s death. And he again found the “key”.

It is a famous pop culture song.

However, Sam takes advantage of his imagination and abundant knowledge and reaches the “message(code)” in the lyrics.

The cipher hidden in the lyric was meant to wait at the place after stroking the head of the statue.

A man came to meet Sam.

The man said “I am a king of homeless.”

“Homeless King” blinds Sam and takes him to the cave.

Sam arrived at the cave.

Remove the blindfold and go inside the cave, there was a modern living space there.

But Sam, who could not get clues in a space without a dweller, leaves that place.

Friend
The king of homeless …lol

WebMaster
Until then, the scene with a sense of urgency continued, so it was impactful that the old man wearing the corrugated cardboard came abruptly.

Friend
Well, I care about the mysterious living space.

WebMaster
Yeah. If no one lives, I also feel like the homeless king can live there.

Friend
From the homeless king promoted…lol

Who made the cipher?

Sam met with the singer (Jesus) who was the key of cryptography, threatening and trying to reveal the truth. But Jesus says he only sang a song that was offered.

Sam’s suspicion was directed to a songwriter who provided songs.

Sam encounters lyricists and urges to teach the truth.

The lyricist said that all pop culture songs that he has produced contain ciphers.

“Whose order are you issuing cryptography to the world?”

Sam asked the lyricist. However, the battle started with lyricists · · · Sam kills lyricists with his own hands.

Friend
And this songwriter is just a mediator that created cipher, you think that there is another masterpiece?

WebMaster
Deep and deep … we are going to get into that mystery.

The truth～ Nintendo is Great!!

Sam tried to solve the mystery of the cipher “NPM 1 No 35 to No 37” dug in a bracelet gave from Millicent.

Sam looked around in his room found “Nintendo Power Magazine”.

He could not understand anything.

Sam looked for any other clues and found a box of cornflakes.

As a bonus in the box, there was a map of Silverlake. He combined the map with “Nintendo Power Magazine” …

A message appeared instructing from Silverlake (H4) to go to Hollywood (G3). 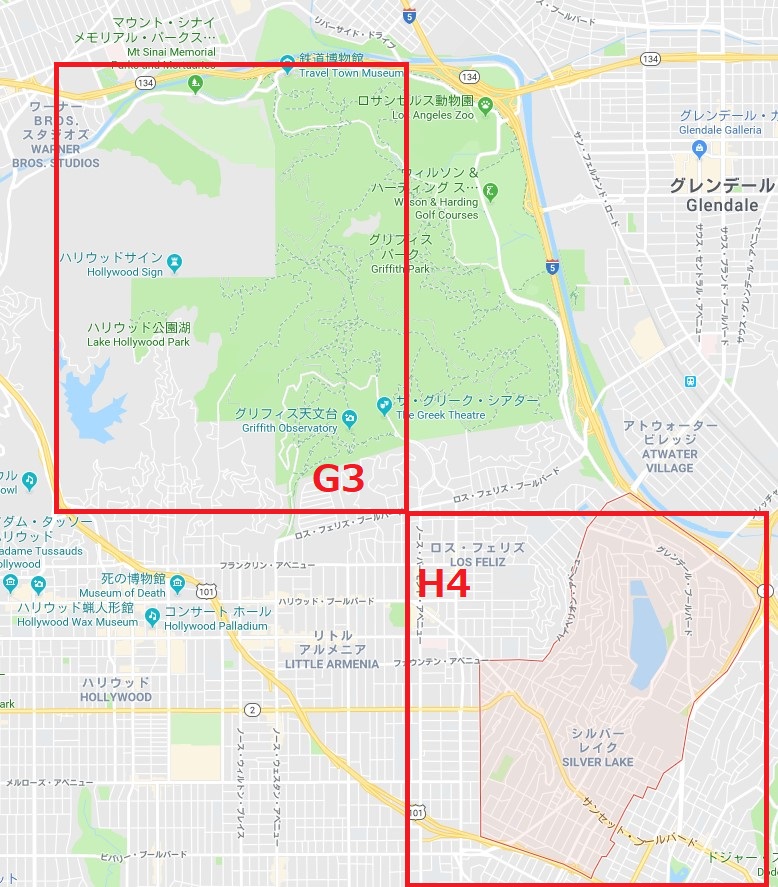 Sam wandering in the forest of Hollywood.

According to the cryptanalysis brochure given by Patrick in the past, it seems to mean “this place is not a safe place.”

There is a mystery answer of Sarah disappearanced in this place – Sam keeps on walking because he was convinced.

Sam finds a man and three women who live in a hovel.

They wore themselves in a white clothes and seemed to be gently waiting for time to pass.

The man said shelter Sam found is a graveyard of wealthy guys. And they say they have a purification ceremony before entering the cemetery.

For Sam, that was an unexpected answer.

Sam shows the picture of Sara to man.

According to a man’s story, Sarah is already in one of the graveyards …

As a attendant of the celebrity who should have died.

Sam who knew that a videophone could be placed in the cemetery asked the man and was allowed to make a TV call.

Sarah “Why are you so serious to find a person(Sarah) who has met only once?”

Sarah talks about her doubt, but her heart is shaken by the fact that Sam came to see me.

When Sam talks about his sense of loss, Sarah advised Sam to keep a dog.

Sarah entered the graveyard as a attendant of the celebrity. .

Sarah asked Sam with tears in her eyes.

“Was my choice wrong?”

Sam has no answer.

WebMaster
Suspense horror, mystery… and elements of a love story touched my heart.

Friend
There is no dramatic solution for escaping from the cemetery, and the reality that it is only possible to talk on the phone is painful..

In the space between dream and reality

WebMaster
Well….I’m afraid I owe you an apology.

WebMaster
I love this movie very much, but probably I almost do not understand its contents.

WebMaster
I could not understand how far the story is reality and how far it is fiction.

WebMaster
Perhaps everything may be real, perhaps “human beings who are manipulating the world with cryptography” and “Sarah” do not even exist …

Friend
Perhaps it is only the people who saw the movie can understand.

Friend
At least, I do not understand even if you listen to your story.

WebMaster
It may be, and it may not be. It may be the fact that Sam saw a sign that “Watch out for dog killer”. Other content may be Sam’s delusion.

Friend
Well … I wonder … Why is there a possibility of “delusions” ?

WebMaster
Yes. Because of the skunk’s pee, Sam gets stinky.

WebMaster
However, everyone who meets Sam is not “smelly” and some people do not respond to the smell … … so people who do not feel a smell may be a product of Sam’s delusion.

Friend
I see. The evidence like “Nintendo Power Magazine” would support the delusion.

WebMaster
It may be so.

WebMaster
By the way, there is a scene that the king of homeless asked Sam “Are you “dog killer” ?”

Friend
Wow! The king of homeless lol !! You have a picture of the homeless.. lol

WebMaster
When I review the preview video, Sara also wears a bracelet.

Friend
It looks the same as a bracelet that Sam used to solve a mystery.

WebMaster
Everything may be a delusion that began because Sam saw Sarah’s bracelet. Or… Sarah is also Sam’s delusion?

Friend
I ‘m also a product of a delusion. lol

WebMaster
Wow… you, too?…Actually I am also …