Hello , my name is “Himatsubushi-tei”.

Blog’s name is “Ride on movie”.

I will summarize the contents thoroughly!

Friend ” It’s a movie that seems not to have any action scenes in particular.
Why did you see this movie though you are always watching action movies and animated movies all the time? “

Web master “If you have read an investment book you might know it. It is a bubble that happened in the Netherlands of the 17th century. Prices of tulip bulbs have risen sharply.”

Web master “Since then, phenomena called bubble economy are all famous for drawing the same chart.” 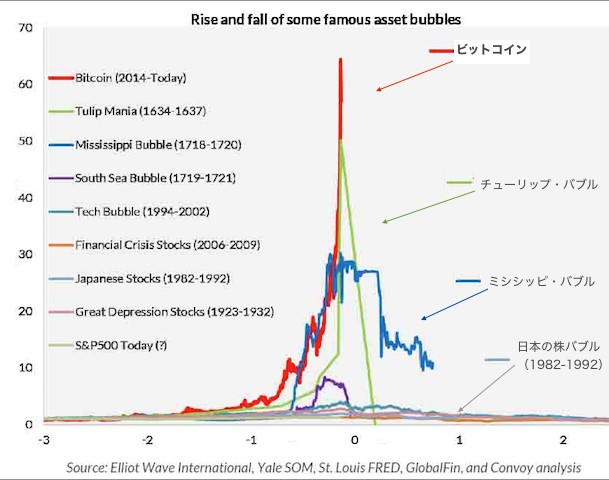 Web master “Because the title of the movie was an investment term, I was interested.” 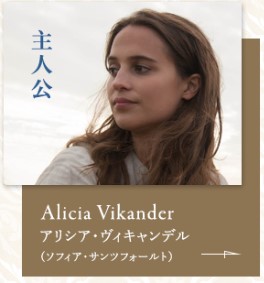 The main character of the story. She worked at a monastery. The wealthy man touches her and gets married. 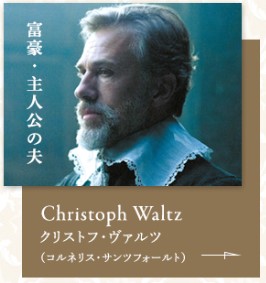 Rich man. In order not to end his own family line, he married Sophia. It looks like a bad guy when writing like this, but he is a nice person. He loves dirty jokes. 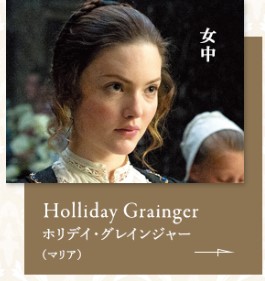 The maid of Cornelis family. She is a narration. The person herself does not notice, but it suffers damage by the main character. 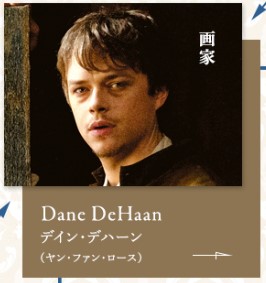 A painter invited to draw self portrait of Cornelis. He seems to be honest, but he is a scum. 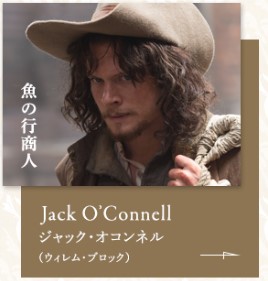 Fishmonger. He is preparing fish for his lover Maid (Maria). The best person in the work. 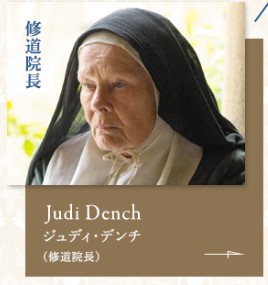 She raised Sophia. The monastery has raised tulips and participates in investment. 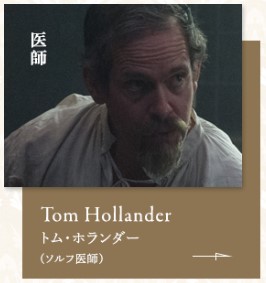 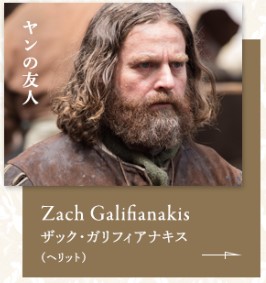 He is a only boat anker.

Web master “I noticed it after seeing the movie, but there was a green goblin actor who appeared in Amazing Spider-Man! He was getting cool! “ 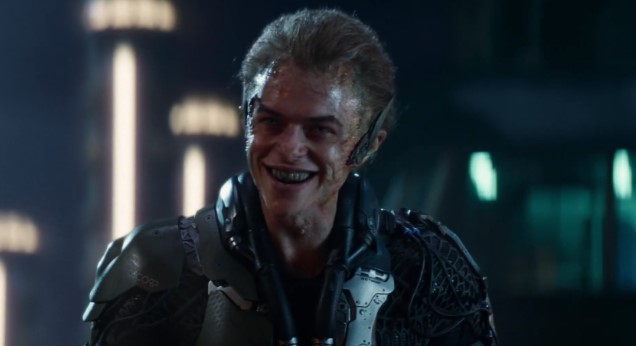 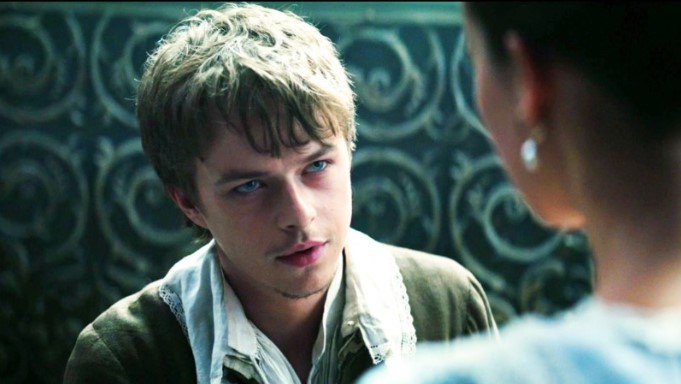 Friend “I felt malice in how to choose old photos…”

Amsterdam, the Netherlands of the 17th century.

An era when tulip investment was thriving.

The tulip with the rare striped pattern was called “breaker (color break)”. It was worth the price of a mansion.

The main character born in such a period, a nun Sophia.

The story begins with Sophia getting married.

Cornelis, who has lost his wife and child in the past, decided to make a child with Sophia.

There were only three nuns at the time of nuns at that time.

· To marry
· Become a prostitute
· To remain a nun

Sophia simply chose marriage with Cornelis and did not particularly love her husband.

Cornelis invited Yang（Painters who can not sell） to draw their own self portrait of their husband and wife. The story starts to move.

The painter Yang is fascinated by Sophia.

And Sophia is also attracted to Yang. Sophia and Yang increased the number of times they meet.

Jack dreams of marrying Maria and invests 18 gilder which he took as marriage fund into tulip.

Jack bought a tulip with 18 guilders. It rose to 920 Guilders.

Jack was pleased that he became a billionaire. And he tried to meet his lover Maria, but he saw the cheating of Sophia. Because Sophia was covered in the hood, Jack misunderstood that Maria cheated.
To be bad luck , Jack was robbed of 920 Guilders by a prostitute. And Jack was sold to Africa.

Maria mourns the reality that Jack of the lover came not to come.

And … Maria was pregnant.

Maria, afraid of being a fellow of maid, threatened Sophia, also the wife of his employer (Cornelis). .

Spilling the beans(cheating with Yang) ….

That is to deceive Cornelis. The aim is to cheat Maria‘s pregnancy as Sophia‘s pregnancy. And Maria gives birth.

At the same time, the painter Yang also got the power of an acquaintance monastery and began investing tulips. He neglected the job of his main business(the painter).

Web master “I was touched by the scene that Cornelis talks to Dr.Solh.”

Cornelis”If you have to choose between Sophia ‘s death or baby’ s death, keep my wife alive. Give up my child.”

Web master “Cornelis has lost her wife and children in the past. . At that time, he prayed not for his wife’s life but only for the safety of his child’s life. After that, both his wife and his child died. Cornelis thinks it is his fault.”

Web master “Cornelis called his “dick” as a “soldier”. Also, Dr. Solh gave sexual harassment at the time of consultation. They are interesting characters.”

Friend ” The last word is unnecessary.”

Sophia decided to live with a cheating partner, Yang.

Proposal made by Sophia to realize that · · ·

It is a corpse impersonation trick. . . Her own.

She pretends to be dead at the timing of childbirth.

And she is going to meet Yang … she is in a coffin.

By doing so, Sophia can marry Yang. Maria can also foster Maria‘s own children while being protected by Cornelis(The child ‘s parent will be treated as Cornelis).

Everything is going well – Sophia believes in it.

Sophia was taken to the room of Yang while entering the coffin. However, Yang was in the tulip auction place.

Sophia could not meet Yang. Pang of conscience attacks her.

Sophia went back home. She saw Cornelis holding a baby and realized her own crime.

She thought that she should die, … she attempted suicide at the water entrance, but she could not decide.

She threw her coat on the river and disappeared into the city of Amsterdam.

Jack came up at Cornelis’ home. He came back from Africa.

Jack reunites with her lover Maria. Jack accused Maria because he misunderstood that Maria is cheating.

Maria revealed the affair of Sophia. Otherwise, she could not prove her own innocence.

Cornelis”Like buying silver dishes and candlesticks , I have bought you (Sophia).I regret it.”

Just to make a child, Cornelis married Sophia. He regrets it.

Cornelis went to India leaving a letter to Sophia.

Although the transaction was completed in writing, he had to receive the tulip from the Abbey chief the Mother Superior and hand it over to the Bill collectors !

He can not get a lot of money until he hands the tulip on bill collectors .

Yang relied on the profit of the tulip. However, he will be surrounded by bill collectors. In this way, Yang could not go to the Mother Superior.

So bill collectors gave Yang a plan to let Gerrit(Yang’s friend) go to the Monastery instead of Yang.

Gerrit safely received the tulip from the Mother Superior.

However, he saw a man bullying the ass in the way home.

Gerrit punished the man. And Gerrit was honored by people in the city.

Gerrit, who got drunk with a festival, ate bulbs he had.

He could not get a tulip and Yang missed the big money he was supposed to get.

Yang walking through the city with disappointment.
What he saw there was Sophia ‘s abandoned coat.
Looking at the jacket on the river, he thinks that Sophia died.

Web master “We don’t know what we have until it’s gone.”

Friend ” Anyway, what Gerrit did is too bad …lol. “

He lives in India.

In India where he moved, he made family.

They made many children.

Maria was bothered by Sophia , but Mary respected Sofia.

Yang received a request from the abbot, who was dealing in tulips, and was drawing fresco on the wall of the church.

Yang works hard in the church.

The nuns there came there.

One of them was Sophia…

Yang and Sophia noticed each other and gently smiled.

Web master “There is no action scene in this movie. However, I like this movie because there are mystery elements. Personally, I think this movie is the best 3 in 2018.”

Web master “Well, I can not remember what movies I saw this year.”

Great!! Rail transport in Japan!! (Murder on the Orient Express)