Hello, everyone.
I’m Hima-tsubushi-tei (blog`s name is “Ride on movie”).

The sequel to Gintama published last year, “Gintama 2 Rules are there to be broken. ” was released!

I have few my knowledge about Gintama (I watched the previous work at movie theater & watch a few animation story), but I went on a public day ~

Gintama is one of the famous comic in Japan.

It is a comedy story comic that takes the SF samurai dramas style.

The second work was created by further gorgeous casting.

This work surpassed the previous work, it was very interesting! !

The movie of this time is “Episode : Omotenashi for Shogun“, “Episode : Shinsen-gumi disturbance” is the main!
* “Shogun” means “Japanese general”

For those who do not know the content of the comic , there are so many shocking scenes! Lol

“Episode : Omotenashi for Shogun” is a gag part, “Episode : Shinsen-gumi disturbance” part is seriouse part. Good balance feeling! It was a content that did not make the running time of 134 minutes feel long! !

In the comic, the general was made naked with a cabaret club and forced his hair in the barber and pulled behind. Because Shogun had a terrible time, I thought that live-action was impossible.

However, it was fully realized! I am surprised with Katsuji’s performance lol

And Kagura got vomited and Shogun’s face got it… lol 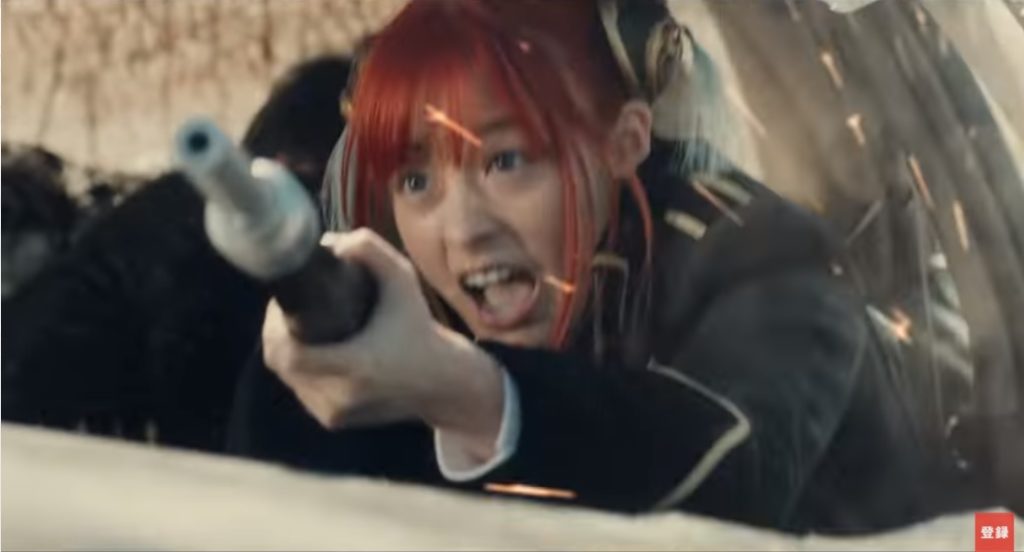 While Shogun went through terrible, another person could have a chance to suffer disasters.lol

His name is Jushiro Hijikata!

Hijikata becomes a multiple personality (geek) due to the trick of a certain person.

Hijikata, who was called as the deputy chief of the demon, has become an geek.

On this occasion, a new member of the Shinsengumi: Ito will plan to take over Shinsengumi.

Can Hijikata return to his original character ?
Can Shinsen-gumi regain original cohesion or can Professor Ito take over Shinsen-gumi

I will write the impression of “Episode : Shinsen-gumi disturbance” in the second part.