I watched the famous “Mirai of the future” on the net.
Going to the movies after seeing the review was my first experience.
(Moreover, the content of the review was negative)

I think that I like movies that net users don’t like. I also liked DragonBallEvolution quite well … lol
And , I have not seen any movies of Mamoru Hosoda at all.

I saw the movie at Kawasaki!
Mamoru Hosoda has appeared in advertisement videos before watching movies!

The advertisement ended and the movie started.

The movie starts with a song with a rich tendar of Tatsuro Yamashita.

The cloud dropped down
One thousand-year-long dimple
Fate of …

My Baby Girl
Cute! Cute! Cheek up
Gyu! Gyu! If I hug you
Sweet! Sweet! You smell sweet

The story begins with the increase of a family member (new younger sister: Mirai) in the family of three father, mother, son (hero) three people.

I started but, as the picture of my mother’s stomach (prenatal) flowed, I felt delicately before the honest story began.

Am I too care? lol

No no no … But even though.

This scene was made by an old man that was reflected in publicity. .
And, thanks to publicity, scenes of the main part of the movie and Mr. Hosoda ‘s face of faces came to link with each other.

She is expecting her baby this month.

Mr. Hosoda “How is this scene?”

I can endure it if it is a movie start. However, it is the same deployment for 30 minutes after the screening starts!

What is this! Lol

Even a mad son plots to kill her sister with a toy train! !

What is this! ! w
Is attempted murder every day in general families? What? What?

I felt that Mamoru Hosoda says “Family is such a thing, if you can not put up with this, you should not make your family”.

After that, the story suddenly changes the vector. 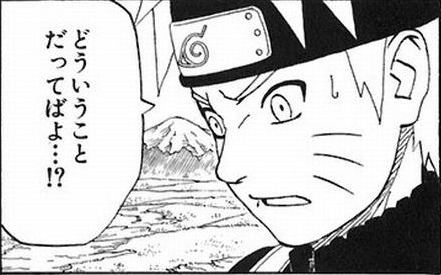 *Naruto said “What does it mean?”

The son wakes up to the mystery ability when entering the garden and has the following ability.

· Can make a dog a human being and make a conversation

· Flying in the past, He can see Mother of elementary school days

· He can time slip into the future, and he can meet his great grandfather

· He can time slip into the future, he can meet himself(a high school student).

There is no context …

His son can also become a dog by inserting the dog ‘s tail in his ass hole!

In this way, my son will grow up little by little by meeting my family at different times with my own ability (maybe). And the son grew up to protect his disliked sister from the private train that appeared in the son’s imagination space (I give up the explanation lol).

There was also the opinion of the net that lonely people do not obtain empathy even if they watch this movie. Certainly I may have a different impression on this movie if I have a family. For the director, I may be a non-conforming society.

This movie … not fun lol