Continuation of the article.

In the ruined theme park · Jurassic world, the protagonists involved in adventure!

This time not only dinosaurs, but also the betrayal of the team who took them to the island, they are surrounded by everything!

In addition to that, the eruption that begins!

Three of the heroes escaping from the lava and the dinosaurs are thrown out into the ocean!

Not only women but also men fall in love with him!
The heroine was not thrilled to Owen, but … w

* Dinosaurs hit the escape pod, so the pod started rolling … lol
(In the preview video it looked like it was free running.)

Three people safely escaped from the pod , gets on board and leaves the Jurassic world.

In the Jurassic World seen from the ship there were dinosaurs who were not able to escape and caught up in the eruption. 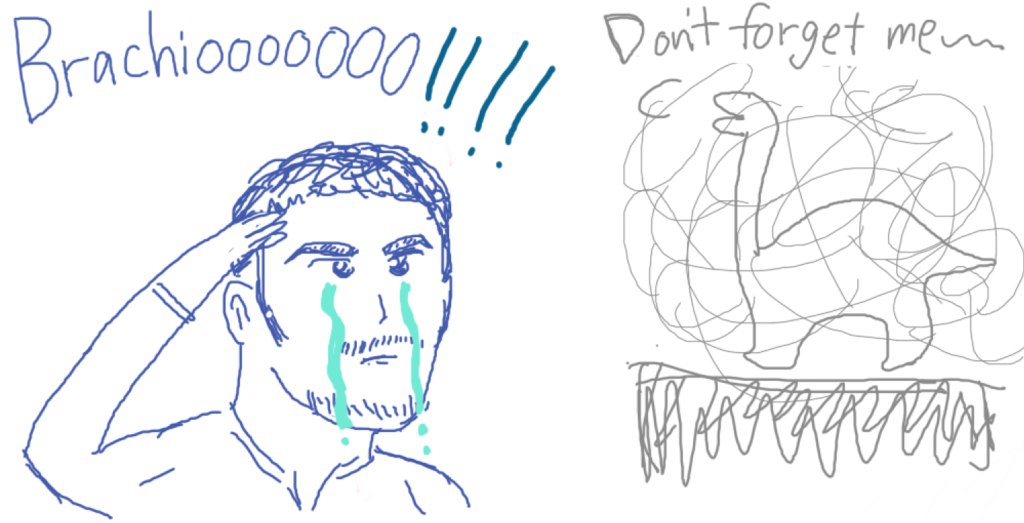 Owen ought to have come to help save the dinosaurs. In fact, however, Owen himself did not save one dinosaur as well. The expression of Owen looking at the dinosaurs caught up in the eruption and going to death lamented on their own helplessness and seemed to be wrapped in deep sorrow.

Thus, Jurassic World (island) is over.

And the stage of the story moves to Rockwood’s mansion.
The big and evil people waiting at the mansion!
And … a little girl! !
(Lockwood’s grandchild)

I compiled the article of Jurassic World