I’ve watched the Kingdom of Flames ‼
Since there is spoiler, please be careful.
I also painted a picture so I’m glad if you read it

At the beginning of the story, unnamed characters will take orders from a certain person and head for collection of dinosaur bones that have sunk in the sea. I thought it was successfully collected … but the battle with the surviving dinosaurs has begun!

As a result of the battle, we could take bone (DNA), but there was a martyr . .

I think that I will offer a silent prayer to an old man who made a mission successful by putting his own life.
(I do not remember the old man’s face…lol)

It changed to a scene of the lecture. … Dr. Malcolm appeared there!
It is a pleasant surprise!

He spoke fairly about the mistakes human beings have ever made, and about dinosaurs and the way people live.

He says that “people do not learn at all”. However, since a story does not start unless a human makes a mistake, let the character make mistakes as many times as …

And the story begins at last.

The main story of this story is not Dr. Malcolm · · ·, but three people to protect the dinosaurs and four guys who are reputed for hand-dinosaurs! 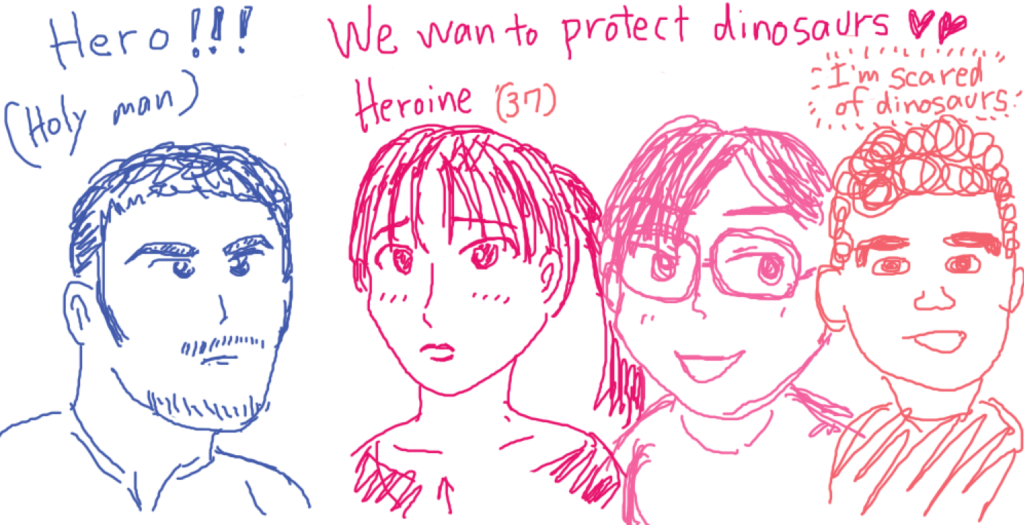 The two main characters were the same as the previous work.

The hero is really cool with holy man, but in my picture hero looks like that “old man that myself thinking of himself as Hiroshi”. . I’m sorry.
* Hiroshi is a character of Kureyon Shinchan 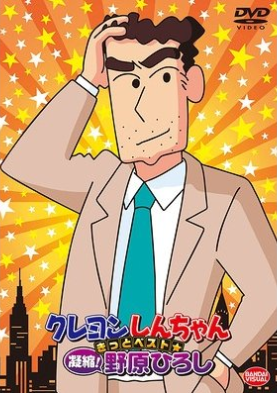 The heroine is still beautiful as usual, but this time it belongs to the party to protect the dinosaurs.

I feel anxious that “she changes her idea slightly”

Besides, there are two men and women belonging to the same association. They will make a mistake later (oh)

The man on the far right says “I want to protect the dinosaurs”, but when they got on the island, he said that “Is there T – Rex in this island?”

These four people started activities!
To evacuate dinosaurs from the island where volcanic activity began!
It was Rockwood who ordered it! !

The appearance of Rockwood, surprised also this! !