While Owen fought against four evil people and dinosaurs, some people lost their lives. . .

If they open the door leading out, the room will be ventilated and the dinosaurs will be saved. But, of course, they can not do that. … I thought, but,

Heroine runaway!
Without hesitation, the heroine opened the first door! !

Owen softly calmed the runaway heroine.
Owen said “Think what it means to open that door” 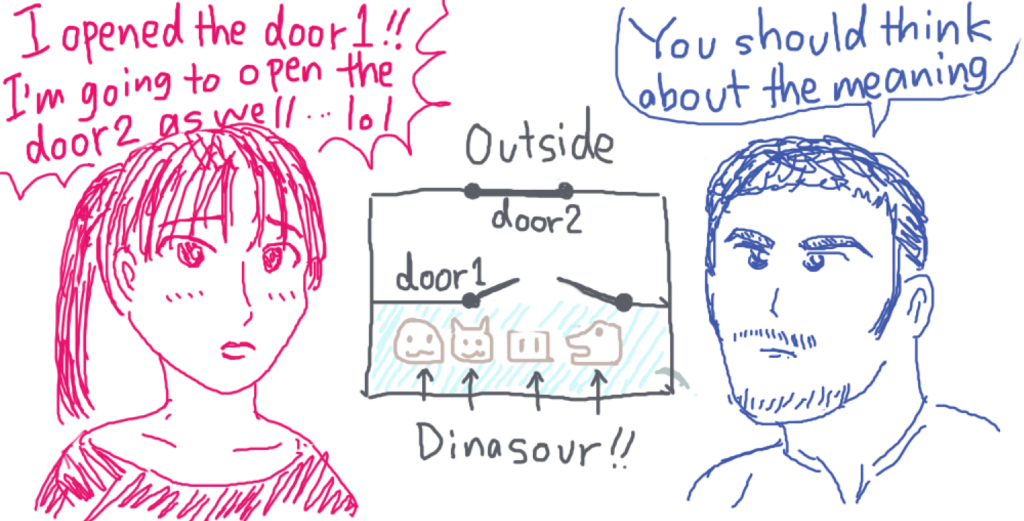 · · He is so cool!
How attractive he is.…lol
Owen shares will go up!

Owen’s feelings were transmitted, heroin ceased to open the door leading out.

However, the situation that dinosaurs suffer from gas still remains unchanged. . 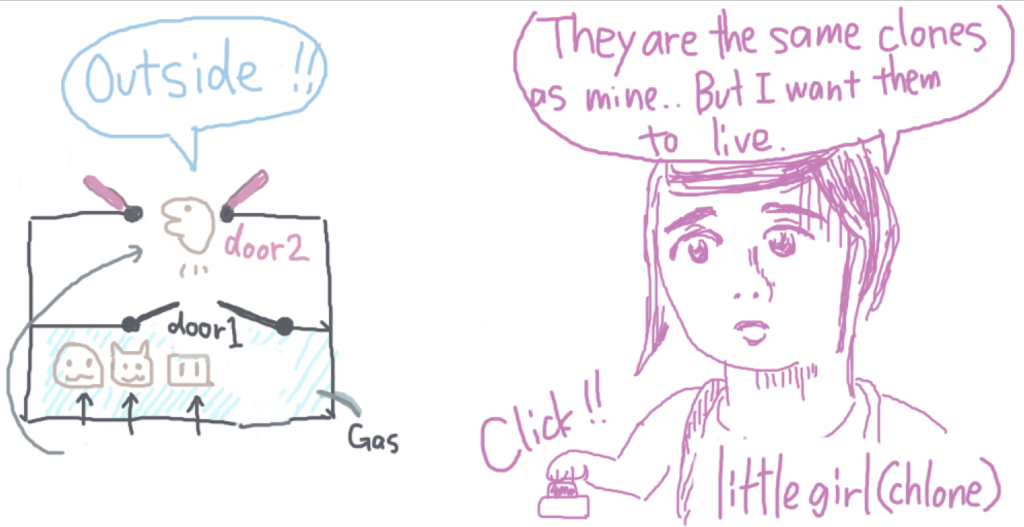 A girl (a grandson of Rockwood) opened the door which leads to the outside instead of the heroine!

Astonishing true character of a little girl … It was a cloned human being created by Rockwood!
Has the appearance of dinosaurs suffering from gas remind her of the suffering that was born as a clone to her?

A decision the little girl gave … It was to unleash the dinosaurs to the outside world to protect the dinosaurs’ lives. .

A dinosaur running dashing down the ground. A dinosaur swimming elegantly in the sea. A dinosaur gliding in the sky.
Events in the closed world have become events that can occur all over the world.

The scene changes to the speech scene of Dr. Malcolm which appeared at the beginning of the story.

Dr. Malcolm “The beginning of a new era. Welcome to Jurassic World -“

What did you think?

There are many highlights of movies that could not be introduced on this blog!
Please come to the cinema!

I knew after finishing watching the movie, but Jurassic World seems to be a trilogy. The final film is released in 2011!

I pray that you will read this blog after 3 years.

I Introduce the outline of “Mission Impossible: Fallout”!